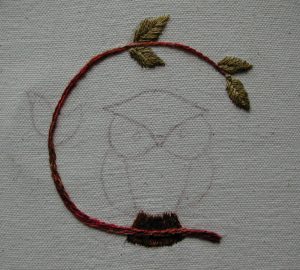 I have worked the branch and leaves in Primke stranded and the Owl's tail in DMC.
Posted by Monika at 8:27 pm 2 comments: